7-Keto-DHEA® is unique among other derivatives of DHEA because of its oxygenated 7-position.
This molecular configuration imparts different characteristics to the molecule, and research reveals
that 7-keto-DHEA® has multiple distinct effects in the body. 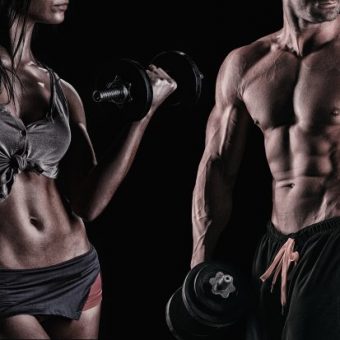 7-Keto-DHEA® demonstrates documented thermogenic activity in rats. This is accomplished through the activation
of three thermogenic enzymes: Glycerol-3-Phosphate Dehydrogenase, Malic Enzyme and Fatty Acyl CoA Oxidase.
In keeping with the biological definition of thermogenesis, all three of these enzyme activations drive
energy-producing substrates in a direction of less efficient ATP production relative to heat production.
The enzymes also promote the utilization of fat stores for energy and heat production. This is the basis
for the ability of 7-keto-DHEA® to enhance thermogenesis and, through that mechanism, accelerate the
utilization of fat stores for energy.

7-Keto-DHEA® achieves this thermogenic effect without cardiovascular or central nervous system side effects,
which are commonly seen with stimulant-associated thermogenic agents.

Guaranteed Absorption. No needles, no pills, no liver stress! – Yet we are achieving the highest bioavailability of any product in the world!

In the 1990’s when researchers noticed that Phosphatidyl Serine (PS) supplementation seemed to enhance higher brain function even in healthy individuals with no signs of cognitive decline. Of particular interest was the effect of PS on the secretion of stress hormones such as cortisol following exercise. Chronically or excessively elevated levels of these stress hormones are known to be associated with immune suppression and tissue breakdown – not good news for athletes!

A couple of years later another study on the effects of PS supplementation examined a group of nine healthy but inactive males who took either a placebo or 400 of PS for a period of 10 days and then performed vigorous exercise. In this case, the 800mg dose of PS blunted the release of cortisol without affecting the release of the anabolic ‘growth hormone’.

The next step of the story came six years later when researchers looked at the effects of long-term PS supplementation on post-exercise cortisol production following strenuous resistance training(13). They discovered that not only did PS appear to blunt the release of cortisol following training, but that it also led to lower perceived levels of post-exercise muscle soreness.

Green tea can help mobilize fat from fat cells. In order to burn fat, it must first be broken down in the fat cell and moved into the bloodstream. The active compounds in green tea can aid in this process by boosting the effects of some fat burning hormones. The main antioxidant in tea, EGCG, can help inhibit an enzyme that breaks down the hormone norepinephrine. When this enzyme is inhibited, the amount of norepinephrine increases.

This hormone is used by the nervous system as a signal to the fat cells, telling them to break down fat. Therefore, more norepinephrine leads to a stronger signal being sent to the fat cell and more fat gets broken down. Caffeine and EGCG (both found naturally in green tea) may actually have a synergistic effect, because caffeine enhances another step in the same pathway.

Apply 4-6 pumps of ANDRO SHRED™ twice daily (TWO Month Supply Using 10 Pumps daily!) to the arms, shoulders or abdominal area one or two times daily. Other areas may be used such as the forearms, back and inner thighs. Ensure the areas are clean and free from excessive hair.

*These statements have not been evaluated by the Food and Drug Administration. This product is not intended to diagnose, treat, cure, or prevent any disease.